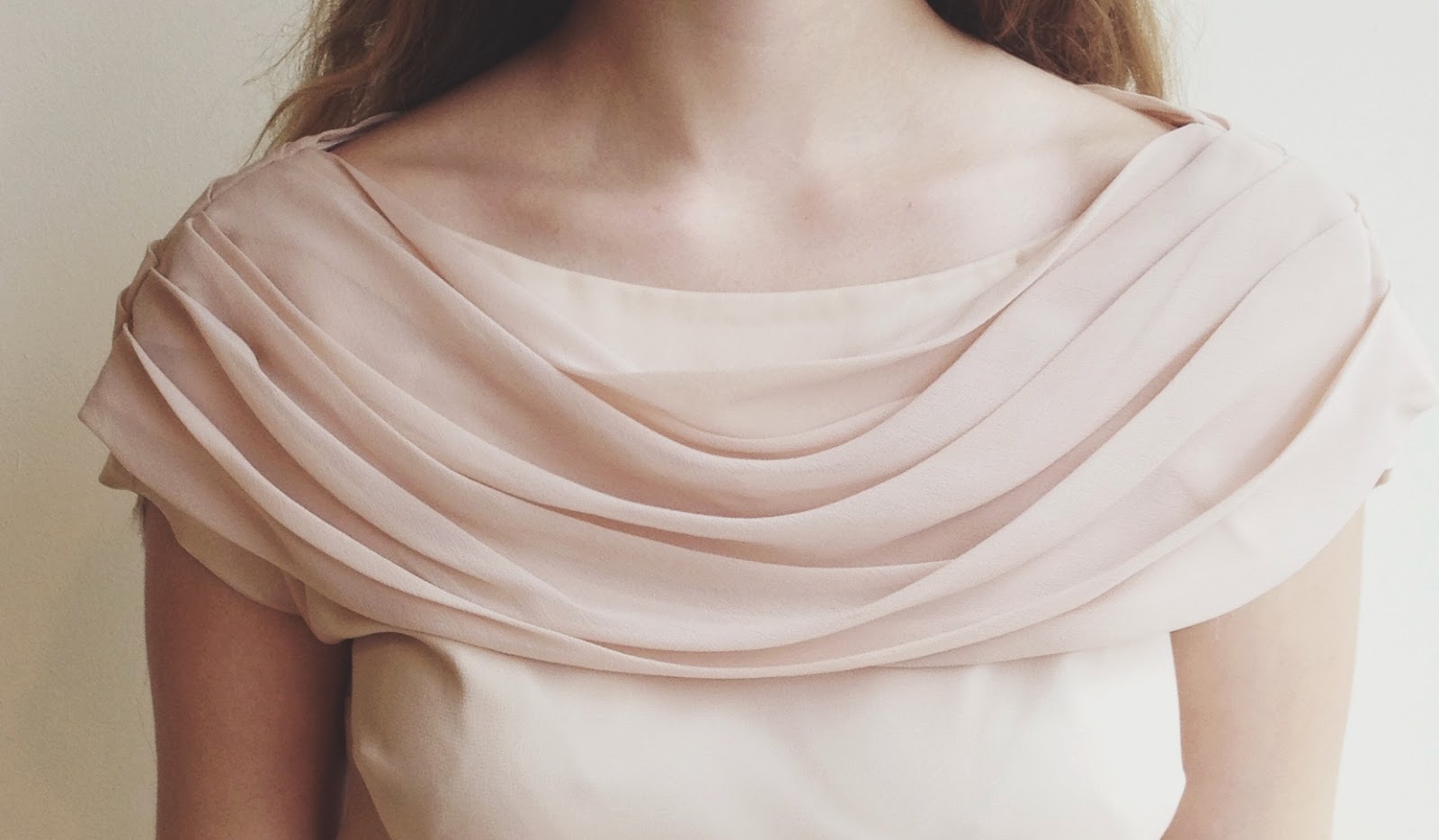 As you may know, our annual To The Nines vintage sale is coming up in two short weeks!! We are beyond excited for you to see all of our new found goodies, so we thought we'd give you a little sneak peek of some of our faves!
First up is this lovely 1950s chiffon tea dress, that is so dreamy to wear. After WWII, the Dior New Look was the big thing - nipped waists and full skirts was the silhouette of the decade. Fabric rations were no longer in effect, and when it came to party dresses, the fuller the skirt the better! Lavish and extravagant fabrics were being used and hemlines dropped to mid calf length. This dress is a late 50s/early 60s style, keeping with the New Look style but not quite as dramatic. A petticoat may have been worn underneath for added fullness, but I really love how much movement the pleats have on their own and the way they delicately fall. 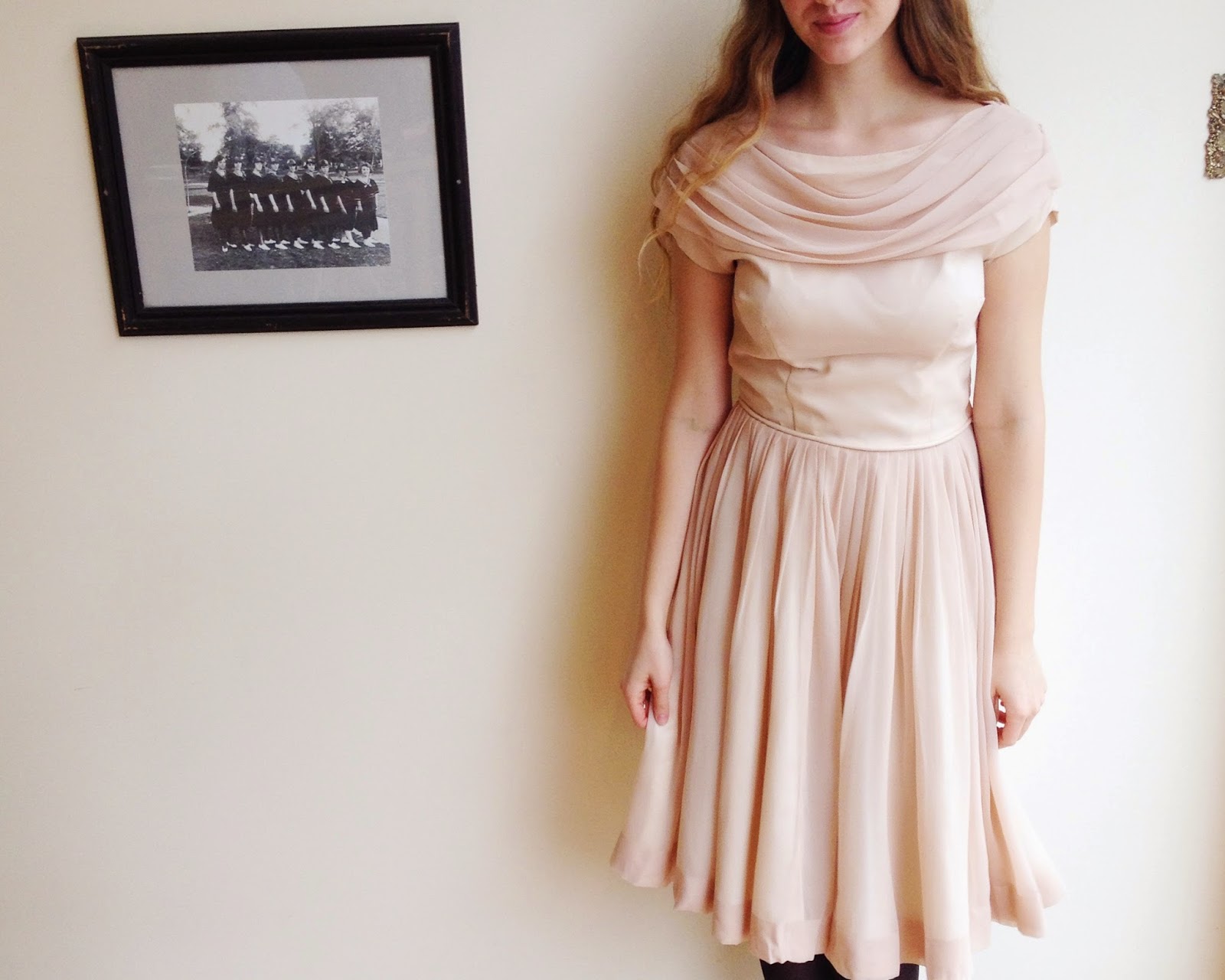 Grace Kelly herself would have worn a beauty like this! When television became ubiquitous in households, and the Academy Awards could be watched live, many people were influenced by celebrities when it came to style. Grace Kelly was one of the most influential actresses of the time. Her life appeared as a genuine fairytale - she was an actress who then married the prince of Monaco and became a bonafide princess! Her dresses were stunning and she rarely wore couture. Her style was simple, elegant, conservative in a way that was still sexy but not in the same way as Marilyn Monroe or Jayne Mansfield. She wore dresses that were fitted through the waist, usually strapless or baring her shoulders, but that were long, draped, and had voluminous skirts.
The draped shawl-like neckline is so feminine and frames the collar bone so beautifully. Putting this dress on made me feel like I was about to enter a glamorous hollywood party and be photographed by Cecil Beaton. Now all I need is to tame my locks into swept back curls or a fastened side bun to really make that neckline pop! 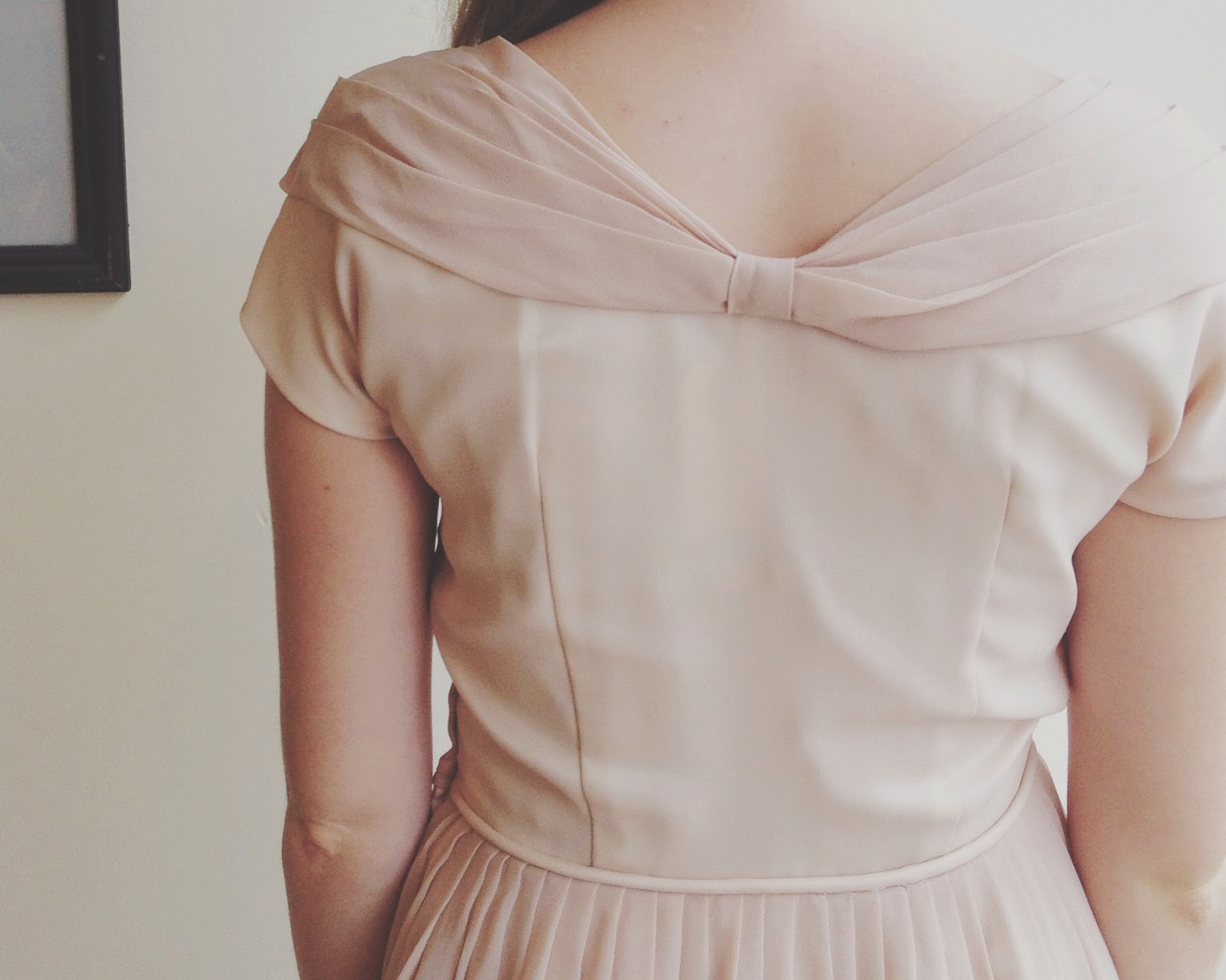 And that back! The gentle way the pleats are fastened as a subtle bow is just the sweetest! Even the waist seaming and the pleats along the back skirt are so perfectly done, my heart just flutters (I know, I'm *kind of* a nerd when it comes to beautifully made vintage). 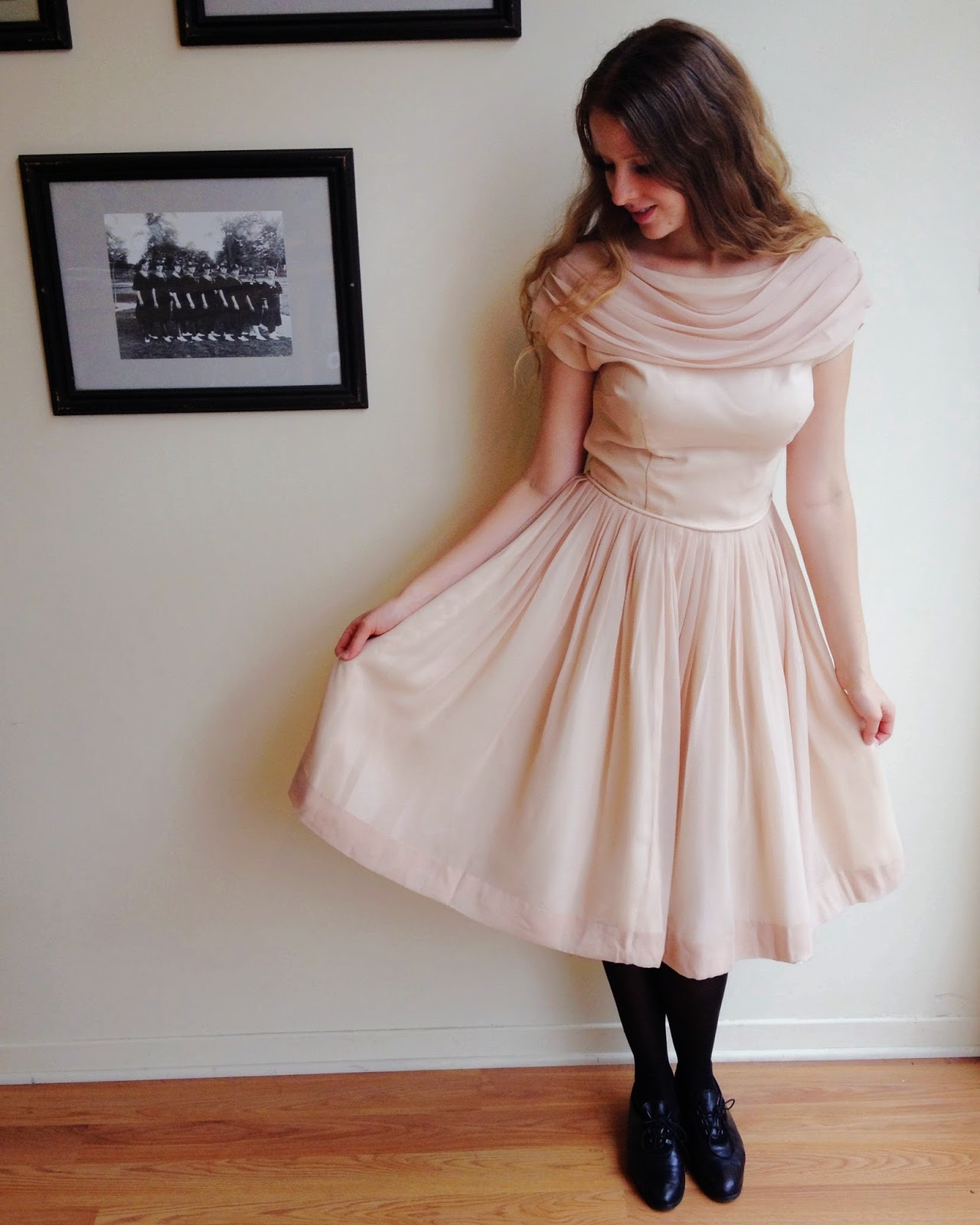 Keep checking the blog this week to see previews of more vintage beauties that will be at the sale and make sure you come Friday November 7th from 5-8 pm and Saturday November 8th, 10-6 pm to our Dalhousie location to snap one up!