We were so so excited when we got this news! I mean, it's not like we haven't won things before (ahem, Ipod battle champs 2 YEARS RUNNING - holy that was a trip down memory lane...), and it was also cool when we were named one of the top 10 cool shops to buy a dress in Canada. But you know, nothing quite so prestigious as the aforementioned award is filling our office walls yet.

Hence why we would really REALLY love to win this! And if y'all would all be so kind as to vote for us, it's possible we just might! You can vote until this Friday, after which the nominations will be shortlisted to the top 3 nominees in each category, after which a second round of voting will take place.
There are lots of other great nominees (in other categories, don't worry!) like Shopify, Beau's Beer, Suzy Q Donuts, and lots more - so it is definitely worth casting a vote!

Maybe if we win this, we can finally replace the Victoire written in pizza dough we have in the office (since I don't think that really counts as an award since we um, just ordered it ourselves). Also we have a bunch of fake awards lying around everywhere (horse ribbons galore, none of them legitimately won by us), so please, help us win a legitimate award to replace all the fake/made-of-pizza-crust ones we have. 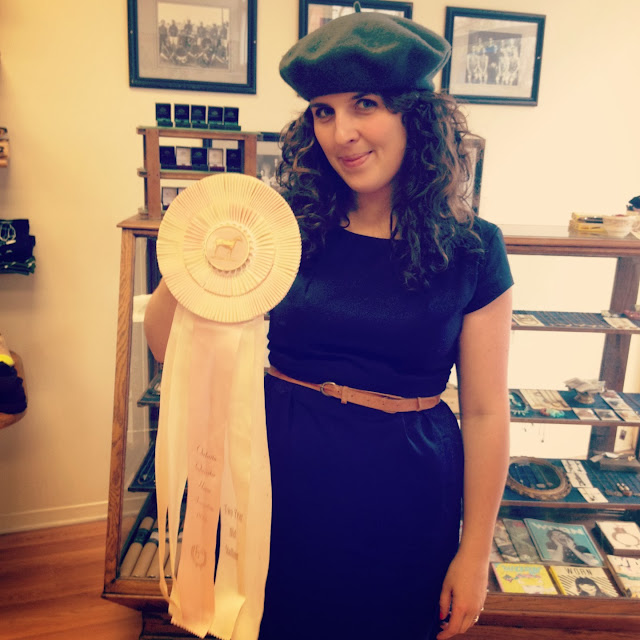