Ramassage en bordure de rue MARDI-SAMEDI 11 h - 17 h. Livraison gratuite pour les commandes de 50 $ et plus au Canada !
We had the pleasure of being photographed for Herd magazine by Remi Theriault a short while ago. We've been photographed a fair bit in 8 years of having the shops, and both Katie & I can truly say this is the first time we really feel like these pictures truly represent us. The article was kind of a recap of some of the things we've learned from 8 years in retail, and being that it was kind of a retrospective chat we thought it would be super fun to create a little set with a some old props from past windows (cos duh, we keep pretty much everything). 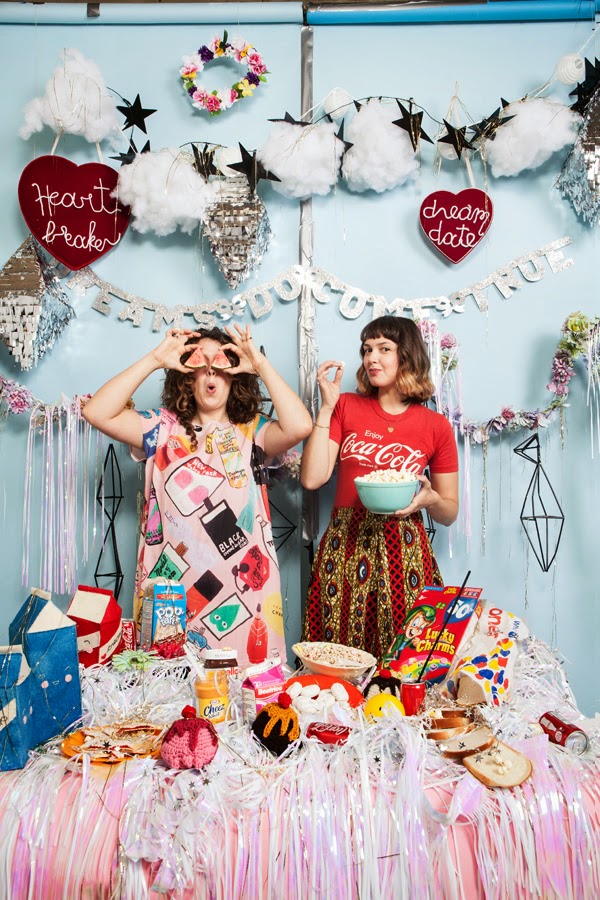 We also thought it would be fun to bring a bunch of our fave foods to play around with cos a) we truly love food, like SO much b) we were partly inspired to do like a girlified/less naked version of this New Swears record cover c) sometimes it feels like this is exactly what the inside of our brain must look like, chaotic & colourful & just a crazy mish-mash of pop-culture/glitter & Coca-Cola and d) it was also perhaps our own subtle way of distancing ourselves from so much of the unhealthy and narrow body standards so often associated with the fashion industry - as in, riots before diets, and pass the Lucky Charms, please. 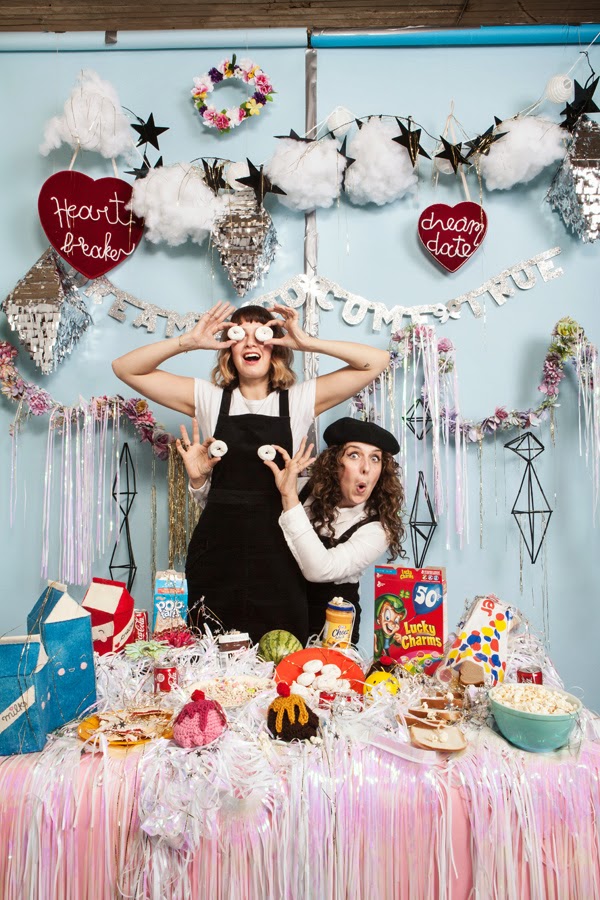 You might remember these Heartbreaker/Dream date hearts from a past Valentine's Day window, Shaya's disco octahedrons and Chanelle's giant pink telephone. Man our basement looks like a real fun house sometimes! 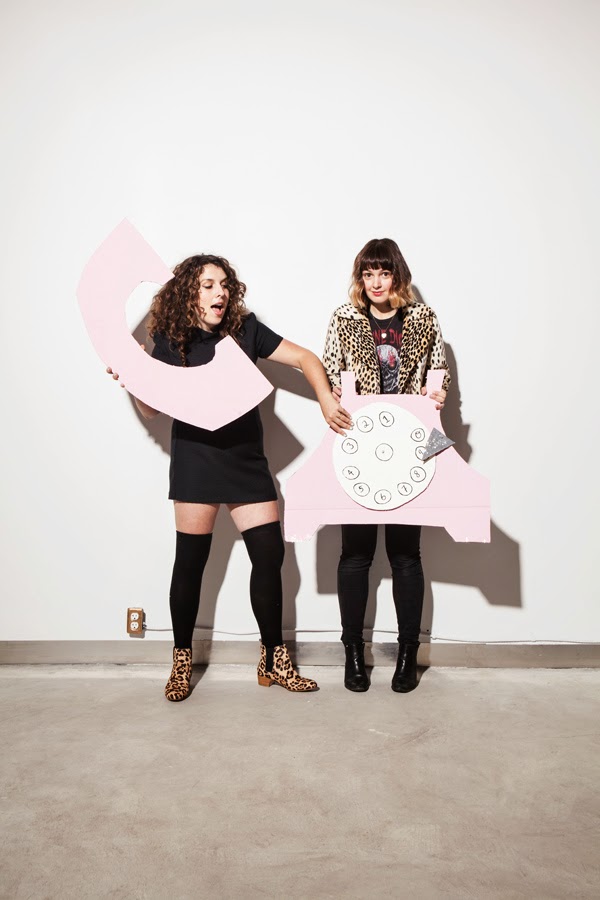 And because Remi is a photographer unlike any other, of course he sent us a gif of Katie & I goofing off and dancing (annnnnnd ending the whole thing with an Oprah handshake). It's the intro to our fantasy TV show.